I love the art style and UI design in this, its all so creative and awesome. Only 4 songs including the tutorial, but all of them are pretty damn good. The only problem is that I think the art style, as amazing as it is, makes it very to properly read the notes.

They should make it for the Mac as well

I think there should be better customization options for the controls, and the songs were a little too lengthy.

Oo, I also loved the control vibrating to the beat

Great game! it feels inspired by the "other" type game but not as a copy, inverse screen is a really good touch.

I hope get the complete version once finished.

Love the style and the music, but please let me rebind the controls. I want to use D/J for high and F/K for low, rather than the standard inside/outside keybinds.

very cool but the tutorial was a little confusing on what to do in different ways.

don't get me wrong, i like how it doesn't hold your hand but then again i didn't have a sense of direction of how i hit certain things (the blue thing, the bigger object, triangles). i couldn't see what button to press for when i was supposed to hit the top since the object was blocking it. but nice touch of having the music stop and wait until you figure it out.

but for a suggestion: maybe add controls on screen, maybe at the bottom of the options section of the main menu? i was stuck on what i was supposed to do to go back once i pressed options. really excited to see where this goes though!

IM on macbook air so i cant demo this.

This is a rather fun demo.  A couple of the parts, like the yellow triangle and the blue enemy that requires a couple hits, were a little difficult to figure out what I was supposed to do.  But all in all quite fun.  Hope it turns out well.

I didn't even started the tutorial and i was already loving the game, it's a masterpeace and it's free... is this some god miracle? i hope so because this don't happen every day so take the opportunity and don't waste your time reading this

keep it up, honestly this game is already better than muse dash. please don't give up on this game.

why do the game have a virus?

it doesnt? did you get it off a different platform?

Ahh... finally i found a game that reached inside my gaming beast. I everyday play this game and i love to even my friends are also addicted to this game. They don't waste their time on COD, fortnite pubg and all but nowadays they are playing this really good addicting video game. Thank you very much for creating this game.

What an amazing game, I higly recommend it.

Some feedback to the developers: I don't know if this was intended (I don't think so either), but I found that you can hit nearly every target and jump every obstacle just by spamming up and down at the same time (except for the ones that require you to hold down the key, ofc). I've beaten "Empy Diary" on hard just by doing that, but I have no idea how it plays on the other levels. A fix I would suggest is make it so if you press both keys when it isn't required it counts as a miss.

But anyways, I had a blast with it. The ost is a banger, the artsyle is beautiful and the mechanics are solid. I'm really looking forward for the full release.

That kill la kill art style was all i need.

Big fan of rhythm games and at a glace, ya, it reminded me of Muse Dash but this style just hits different and I love it! looking forward to more songs and the adventuring/story aspect and praying that the multiplayer goal is reached!!!

UPDATE: things that I and others did not find out about until after asking
-when picking a song, up/down changes difficulty
-after song is selected and cassette is in player press down for mods and settings

oh it's another knockoff of another rhythm game that's gotten popular

Erm... no? I'd hardly call this a "knockoff", it has some interesting ideas that I haven't seen anywhere else. Namely:

=limiting the buttons you need to press to just two; most DDR-likes have four buttons (but there's some exceptions)

=a huge swath of "beat" types; most DDR-likes only have "hit" and "hold", whereas this game has lots of different types of things. (Admittedly, some are better than others)

=switching up the visual indicators for the beat types, i.e. whenever the screen transitions.

But even if it was a typical run-of-the-mill DDR clone, I'd still say this has value. Its beatmaps are (mostly) really solidly designed, the visuals are good, the audio is great, and the execution is just really great in general. Saying that two games with the same concept are virtually identical is like saying  a Jeep is virtually identical to a Ferrari (both of them are cars, right?).

you just made a whole essay what the f.ck

I think they were referring to Muse Dash, which seems extremely similar gameplay-wise (Muse Dash also being obviously inspired by other rythm games). That being said, I personally prefer the aesthetics of Unbeatable.

I'll reach out to the developers for clarification.

EDIT: They sent me an email response. They point out that;

=They think their system has far more complexity than MD

I think all of their points are pretty valid, so I’ll un-retract my first post.

Anyways, this was a really weird rabbit hole to go down, but I’m glad that I have the answers now.

While yes there are other rhythm games out there this one is quite unique, and also the amount of effort and detail that has been put onto this game putting it in the same category of a knockoff is just sad.

Oh yeah, because one person made a rythm game that means no one else can make a rythm game, because it's a knock-off and rip-off.
Very nice way to think, congratulation. 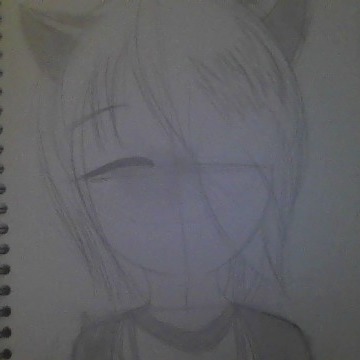 DANG, that is some REAL good ol art.

Alena Ekital, explain what rhythm game, watch you dumb ass get it wrong.

This game is really fun, and I'd highly recommend it to anyone who enjoys rhythm games, but the tutorial level is a little unclear on what to do, and I just had to figure it all out on my own.

yes, this game is amazing, but if the game was more intentional with (Oh we are starting you off in the tutorial, here's a picture of what buttons do what, this beat type does this lets slow down and practice), that would make this game much better. Also feel like losing is very sudden or at least catches me off guard every time, the heart break meter needs to have like a full screen effect in order to tell the player "you are not doing good." but great game!!!!

EDIT: Played again after this comment, it's the fact that the "Heart Break" indicator is so binary. For example Guitar Hero has a meter that communicates very clearly how well or badly you are doing, that even if you are going very fast you can see oh im in middle of green or red. This game would benefit from a similar design.

holy moly- This game is amazing!

Holy Moly. The songs, visuals and gameplay have me hooked already

This game is honestly super amazing! The music is super catchy and the gameplay is hard yet still fun to play. fnf has some competition lol!

Woah i didnt know there was a better game hen fnf!

I would like to know if the game will be available on other platforms?

Only focused on PC / Mac / Linux for now!

I love this game's visuals so much! The artwork for the maps and sprites is absolutely stunning! The charting is also beautiful! Also, as a note, if in the future you can add keybinding options as well as an offset/key input setting that would be awesome! I always felt that my timing for hitting notes was always a tad too early, which may be my/ my keyboard's fault of course. Again, it's an amazing game. I will definitely be excited about updates!

There is a offset wizard in the options! We're working on custom keybindings :)

I am loving this game.  As someone who. has recently gotten into video game development and loves music, this game is great! I really love how simple the mechanics may seem as it's just jumping up and down but then you make it more complex with the different enemy types!

The only thing I was wondering is whether you will also make a mac build if the game is successful? It would be great to play this on the go!

The final game will come to PC / Mac / Linux!

I had a super fun time with this demo! I can't wait for the full release! Mirror is my song so far~

please make it available for macbook!!

can you make a chrome version?

Hey team, amazing job! I'm enjoying the hell out of the demo and already mastering the songs. The game is incredible.
As an apointment, I don't know if this has already been discovered or fixed, but in v1.01, if you pause just at the beginning of a song, the camera shake effect get over the pause menu indefinitely. It is way more aggresive than how the gif shows it.

We're aware of the bug and are still trying to fix it. Thank you for giving our game a shot!

note: this should now be fixed!

i need a 32 bits version aaaa

Unfortunately, 32-bit development has ended for newer Unity versions, so we cannot develop a version for 32-bit systems, sorry :(

Really fun demo so far! Hope you guys implement rebindable controls like Mush Dash has it. 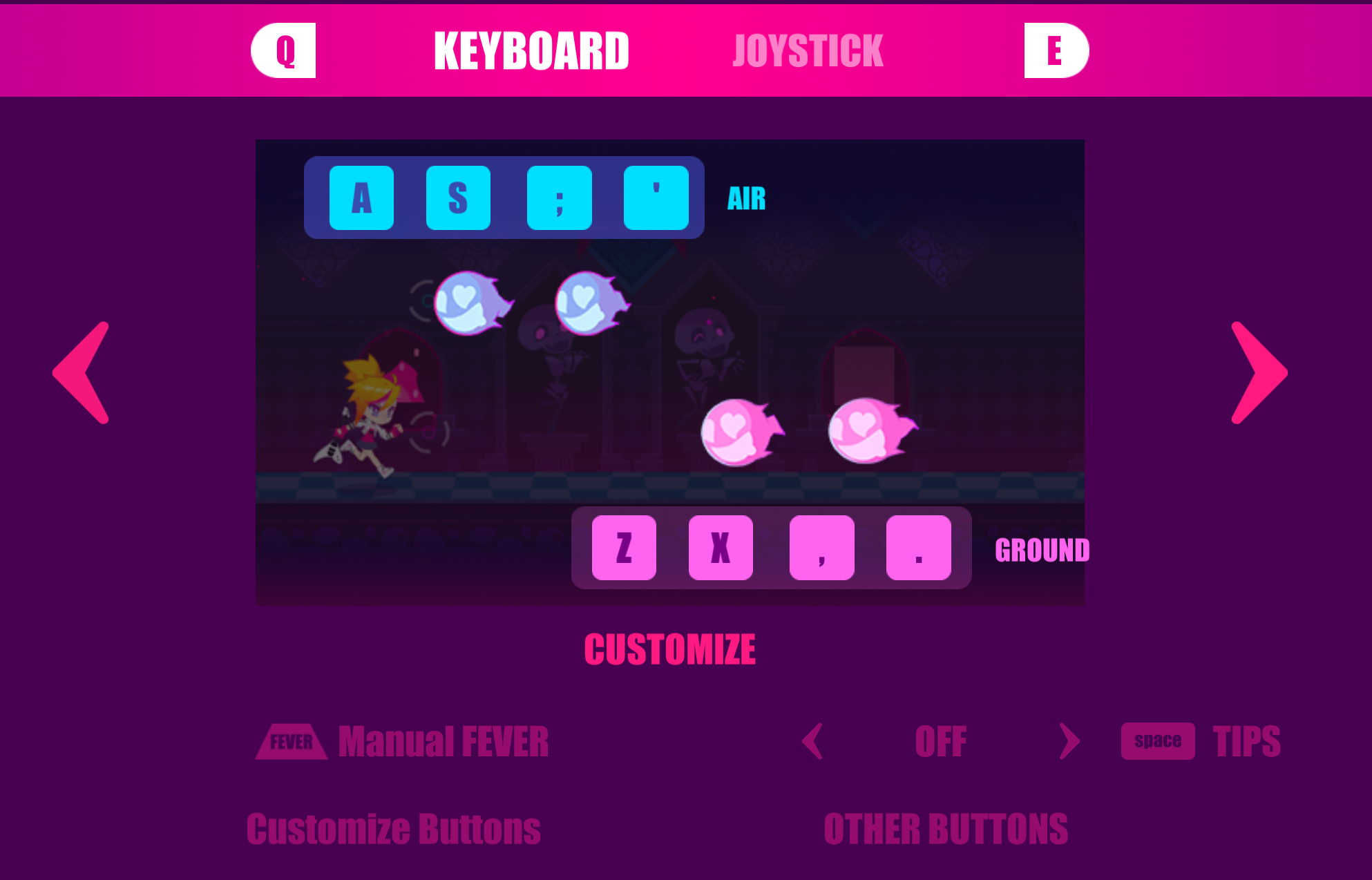 lmao sooooo on the blue notes that go down and up and vice versa. I spammed for em and ended up just being stuck  in the void waiting. The notes didn't move and the only thing I could do was hit high and low. stuck on 66% T_T. restarted and was fine but just thought was something you'd wanna know

Cap the framerate maybe or enable V-sync. By the way it would be nice if there was a 144FPS option.

Noted on a 144 FPS option! But yea we'd recommend turning on v-sync.

PLEASE let me turn off the filters and vfx- I know the option is there but it doesn't do anything. I would love this game to death if my eyes didn't explode.

Try V1.0B and see if it works! It worked in previous builds, so something in the settings must had gone bork

I tried both versions and the settings didn't save in either, I'll try again but last time it didn't work :/

Hmmm okay! We're working on fixing core issues tonight and will be seeing about patching sometime soon. Sorry for the trouble!